Herbert Eugen Esche (1874 – 1962) was born into a family of respected textile manufacturers, whose roots in nearby Limbach date back to the 17th Century. His ancestor Johann Esche (1682 – 1752) deserves the credit for being the cornerstone of one of the most successful companies in the Saxon textile industry and THE leading German stocking manufacturer, with his design of the first functional stocking maker's stool in Germany.

Herbert Esche was joint owner of the company Moritz Samuel Esche which after its establishment in Limbach operated from 1870 onwards in Chemnitz and expanded into the largest stocking manufacturer in Germany with offices from Boston to Shanghai. The company's international reputation was, among other things, already documented with the appointment of his great uncle, Theodor Esche, as juror for the world exhibitions in Paris and London.

However, the commitment of the entire Esche family, in terms of their artistic, public and social interests also left a great many traces. A number of foundations could be traced back to the Esche family, which was widely dispersed throughout Limbach and Chemnitz. Several family members also followed the example set by Herbert and Hanni [Johanna] Esche and surrounded themselves in their personal environment with designs by the great Belgian designer, Henry van de Velde: 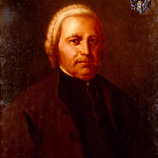 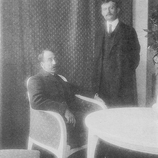