The European Henry van de Velde Route connects the sites of the works of van de Velde, a pioneer of Modernity, straight through Europe from France and his homeland Belgium, via the Netherlands and Germany and into Latvia and Poland. The route takes in locations where van de Velde's ideas remained as designs, commissions were realised but have not been preserved, buildings and designs still exist but cannot be visited or can only be viewed from the outside as well as designs and structures which have been preserved, restored in an exemplary manner and are now open to the public. 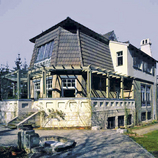 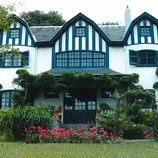