Preservation, reconstruction and reinterpretation of a historical monument

In spring 1998, the Chemnitz-based land and building management company, Grundstücks- und Gebäudewirtschafts-Gesellschaft m.b.H. Chemnitz (GGG), acquired Villa Esche, which had been vacant since the early 1990s and had in the meantime suffered a period of dereliction. After extensive protection work and research on the building, they began restoring the protected ensemble, which was completed in the spring of 2001. For specialist monitoring during the restoration process, GGG appointed an advisory board which was made up of distinguished German experts in Van de Velde and Art Nouveau, the then Head of Conservation for Saxony, a representative of the Royal Commission for Monument Preservation in Belgium as well as experts for each of the key restoration areas.

Right from the outset, all of the participants were clear that the historical substance of the building was to be faithfully restored. It was also agreed that the, as was considered at the time, progressive, humanistic attitude and cordial relations of the stocking manufacturer Herbert Esche and the universal artist Henry van de Velde should have a hand in shaping the future spirit of the villa. Just like the friendship between the Saxon entrepreneur and the Belgian architect, Villa Esche should provide the framework for building a social bridge between commerce, entrepreneurship, art and culture. All necessary conservation measures and structural requirements of the modern era had to be undertaken with the utmost sensitivity, so as not to distort the original, architectural character of the building. The restoration work also involved an interplay between the most extensive preservation of the original substance while at the same time taking into account the requirements of the present time and for opening the monument up to public use. It was preceded by an extensive five-month phase of protection work and research on the building. The restoration work was headed by Ms Kerstin Bochmann and Mr Werner Wendisch from the Chemnitz-based architectural office, Bochmann – Wendisch. Virtually all of the planners, craft companies and specialist firms involved in the restoration were based in Chemnitz or Saxony. 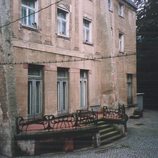 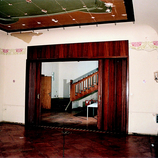 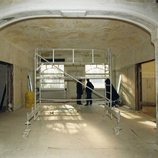 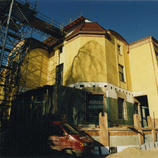 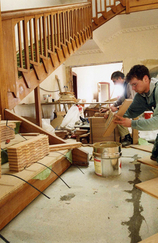 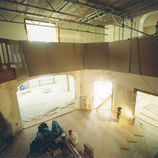